HTI: THE LARGEST INTERNATIONAL CONFERENCE IN THE HEALTH TOURISM INDUSTRY IS TAKING PLACE ONCE AGAIN IN CROATIA

The seventh celebrated HTI Conference (Health Tourism Industry), the largest international event of its kind in Europe, will take place once again in Croatia. The conference will be held from February 28 – March 2, 2017 at the Hotel Lone in Rovinj, bringing together the leading stakeholders in global health tourism from both the private and public sector. Innovative 3-in-1 integrated events will include two new international events – the IHLA Summit (International Luxury Hotel Association), and the TTM Festival

Hungary is the country with the highest number of dentists per capita in the world. Between 2000 and 2008, the number of dentists in Hungary grew by 56%. A study of the Hungarian income revenue authority estimated in nearly 60,000 the “tourists” who annually visit the country for dental treatments, generating a flow of money that is about 227 million dollars, including 45 million for food and lodging. Most of these visitors come from countries like UK, France and Scandinavian countries.

New York, Miami, Cleveland, Houston: these are just some examples of cities where a new phenomenon is blossoming: hotels structures specialized in hosting patients who should receive medical treatment in nearby clinics. It’s becoming clear that hotel structures are increasingly attentive to the market of medical tourism, which can no longer be overlooked. Hence, the need and the desire to create synergies between hospitals and hotel facilities. This is because, as stated William M. Peacock III, chief of cardiology at the Cleveland

From Matthew McConaughey to John Travolta, are many the celebrities who decided to do an hair transplants. A practice of cosmetic surgery in strong expansion and the Turkey is a European leader in number of interventions. According to the Turkish Traveller Healthcare Council, in 2015 100,000 of the 746,000 foreign patients came to Turkey for medical treatment, came for hair transplants. A driving factor remains the price: of the treatments, on average, start at a base price of 2,000 $, much 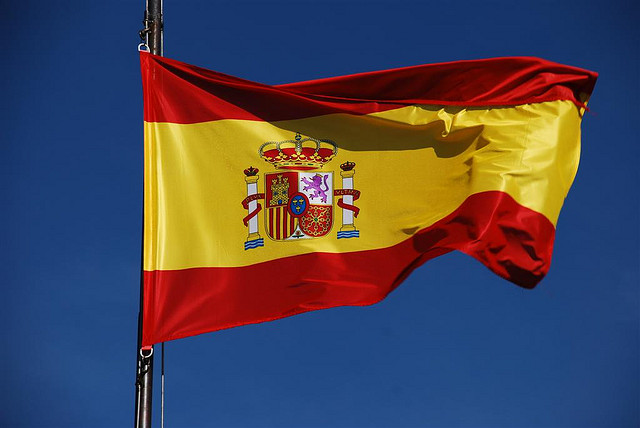 From January 18 opens Fitur Salud, the section dedicated to Medical Tourism in Fitur, one of the most important world fairs of the tourism sector. Spain is protagonist in fact, in the ranking, about health tourism, it’s at sixth place in Europe and eighth in the world with a turnover, in 2014, of 344 million dollars. The majority of patients who arrive in Spain it does from locations that are distant from three to six hours of flight. Significant growth in thermal

DENTAL TOURISM: WHY ITALIANS CHOOSE FOREIGN COUNTRIES AND HOW OUR DENTISTS DEFEND THEIR BUSINESS

TRAVELLING FOR COSMETIC SURGERY. ITALY, NINTH COUNTRY IN THE WORLD IN 2015

According to a survey conducted by the International Society of Aesthetic Plastic Surgery (ISAPS) – the largest association in the world of aesthetic plastic surgeons – in Italy, one out of 10 patients applying for cosmetic surgery is coming from another country, in particular Russia, Romania and Switzerland. They choose Italy because it is considered a world reference in cosmetic surgery. Almost half a million of interventions In 2015, more than 418,760 interventions of cosmetic surgery were performed in Italy, 1.9% of

INTERCARE: THE OPINION LEADERS OF THE SECTOR, WHAT THEY THINK ABOUT IT

Intercare is the first International Fair about Medical Tourism organised in Italy and will be held in Milan from 25th to 27th May 2017It will be an important opportunity for dialogue, exchange and, of course, business, between the main players in this growing economic sector. Owing to the economic importance that this sector can play not only for the Italian Health System, but also for the territories that host medical facilities, Intercare has already received the patronage of Regione Lombardia, which

These figures make this market an emerging economic trend, capable of generating value not only for hospitals, but also for the territories around them. According to research developed by the British Healthcare System, last year foreign patients coming to British clinics have generated over 40 million in medical expenses and over 200 million in accommodation, food, shopping and other expenses related to their stay. Some Nations – such as Croatia, Spain, Thailand, Mexico or Turkey – have already acknowledged the

INSURANCES AND MEDICAL TOURISM: TAKE STOCK OF THE SITUATION

Most health insurances policies covering foreign countries are created to cover any extra costs coming from possible accidents or illnesses, but they don’t include planned surgery and aftercare. Even fewer are insurances covering treatments not directly linked to patient’s health like, for example, not essential cosmetic or dental surgery. Moreover, most companies don’t cover the whole world, but only selected geographic areas, tipically in their home country. Because of high costs, proper international coverage is provided only by a few companies, mainly focused on a wealthy target, owners of homes in different countries or frequent travelers for business or tourism. All considered, today private health insurances are mostly made for travel and not for health tourism, as well explained

By continuing to use the site, you agree to the use of cookies. Utilizzando il sito, accetti l'utilizzo dei cookie da parte nostra. more information

The cookie settings on this website are set to "allow cookies" to give you the best browsing experience possible. If you continue to use this website without changing your cookie settings or you click "Accept" below then you are consenting to this. Questo sito utilizza i cookie per fornire la migliore esperienza di navigazione possibile. Continuando a utilizzare questo sito senza modificare le impostazioni dei cookie o cliccando su "Accetta" permetti il loro utilizzo.